So we have another new cat bringing the total to 4. I’m told that this is it – definitely no more! I was looking at my e-mail one morning when I saw a message on Freecycle offering a “Ginger fluffball” . Now I’ve always wanted a ginger cat so I did the pathetic look at Sarah and she told me to e-mail for more details. So to cut a long story short, his owner couldn’t keep him because he kept picking up fleas from her neighbours cats and one of her children was reacting really badly to bites from the fleas.

So after a few e-mails passing backwards and forwards the cat was brought over on Sunday afternoon. he is very similar to Diesel and Louie in that he is a huge furry cat with a big fluffy tail. He’s bigger than the other two and didn’t react quite as badly to his new home as Louie did. he hid for a while and is still wary of the other cats but he is starting to settle in. 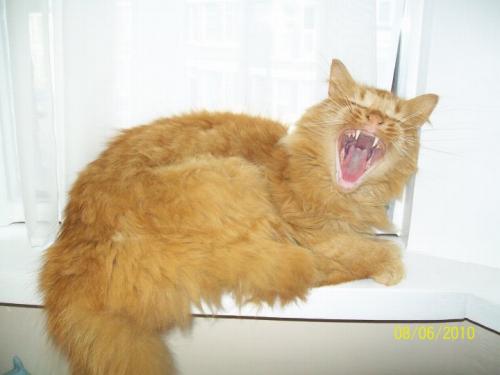 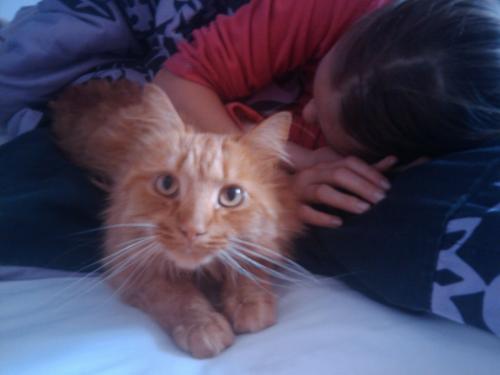